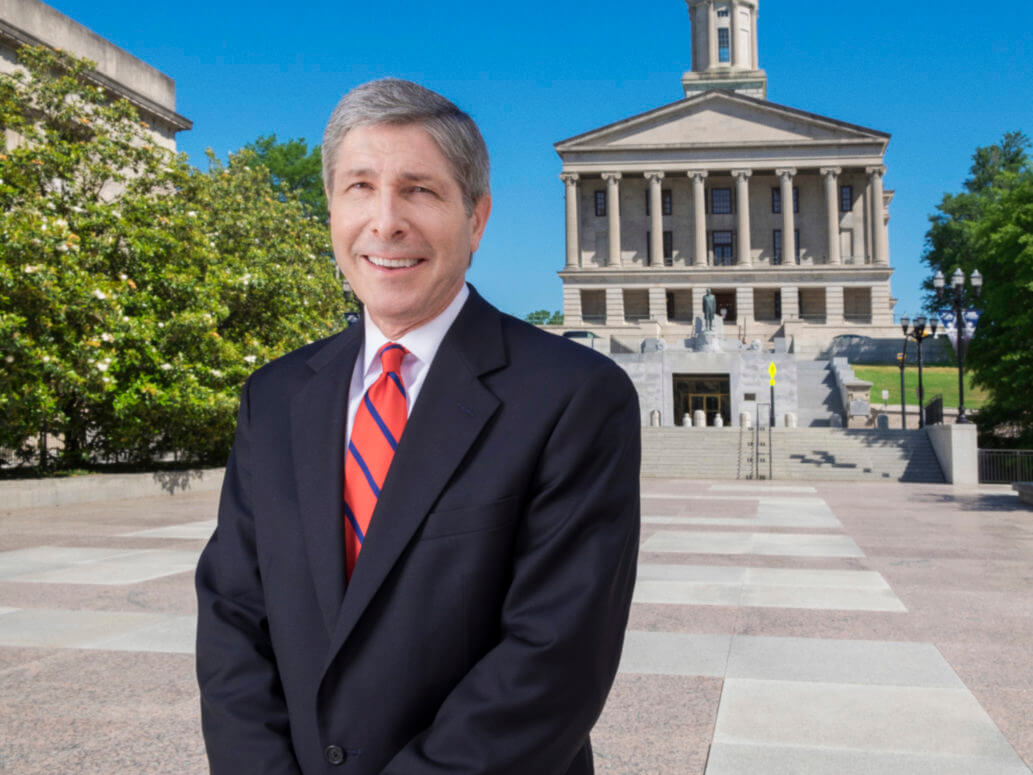 Download High-Res Headshot
Bob Rolfe was sworn in on January 19, 2019 by Governor Bill Lee to serve as commissioner of the Tennessee Department of Economic and Community Development. The department is responsible for recruiting new businesses and industry to the state, supporting existing companies, expanding economic opportunities across rural Tennessee and boosting the state’s overall economic prosperity.

Rolfe has served as TNECD commissioner since March 2017. During Rolfe’s tenure, TNECD has landed roughly 600 projects, which represent more than 91,000 job commitments and $24 billion in capital investment. Of those projects, over 25 percent were the result of foreign direct investment.

Rolfe has more than three decades of experience in business and investment banking in Tennessee. Before joining TNECD, he held the position of CEO of Medical Reimbursements of America, Inc., a company that provides specialty reimbursement solutions to improve financial performance for hospitals and health systems nationwide. Prior to his time at MRA, Rolfe led three private equity-sponsored companies and spent the first 18 years of his career as an investment banker at J.C. Bradford and Co.

Rolfe received his executive M.B.A. from the Owen Graduate School of Management at Vanderbilt University and his B.S. from the University of Alabama’s School of Commerce and Business Administration. He and his wife, Kathy, have been married for nearly 40 years and have three adult children and one grandchild. He is a member of First Presbyterian Church in Nashville, where he has served as an elder for two decades.