Fast Growing AllianceBernstein Finds Itself Right at Home in Nashville 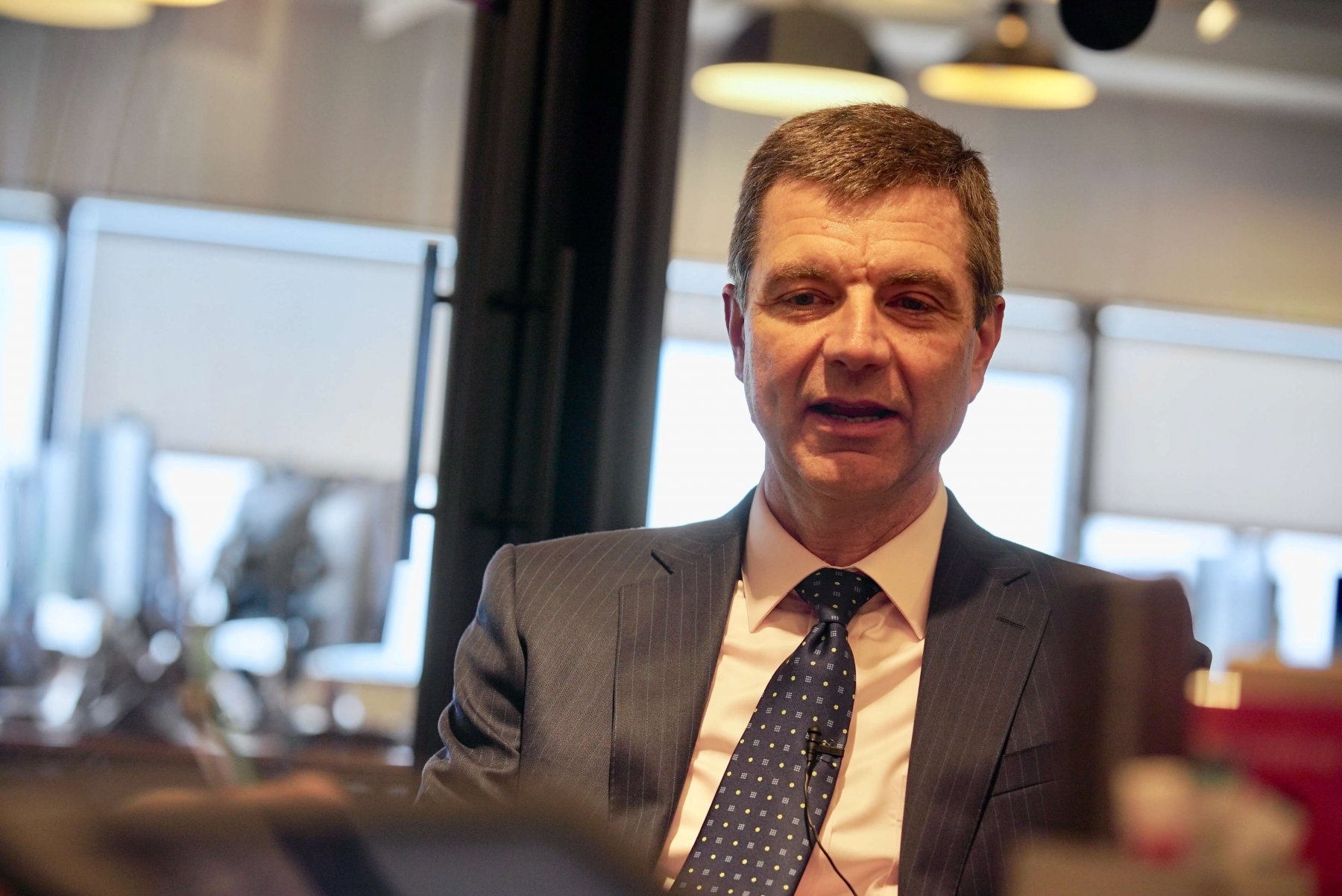 A year after announcing it would relocate its corporate headquarters to Nashville from New York City, AllianceBernstein (AB) is well on its way to hitting its goal of one day employing more than 1,000 people in Middle Tennessee.

“We had really high expectations when we made the choice and I think they’ve been exceeded on many, many dimensions.”

“We had really high expectations when we made the choice and I think they’ve been exceeded on many, many dimensions,” Jim Gingrich, AB’s chief operating officer, said. “The objective is still 1,000, but we’re getting there faster than we thought. We are a little north of 300 people who are employed here at this point.”

AB’s decision to bring its corporate headquarters to Nashville marked one of Tennessee’s largest – and most consequential – economic development wins in recent years. The firm’s arrival opens the door for other major financial firms to potentially follow a similar course. But most immediately, the investment and research firm – which manages upwards of $500 billion in assets around the globe – is investing more than $70 million in a new downtown headquarters on Broadway, where AB plans to move by the end of 2020.

We recently caught up with Gingrich and his colleagues at AB’s temporary Nashville office space. At every turn the conservation came back to Middle Tennessee’s ample supply of talent to match the company’s highly-skilled positions.

“We did not anticipate having 300 people this quickly,” Gingrich said. “A big part of our decision was around the talent base. And I think we have been really pleasantly surprised with our ability to source great talent in Middle Tennessee. 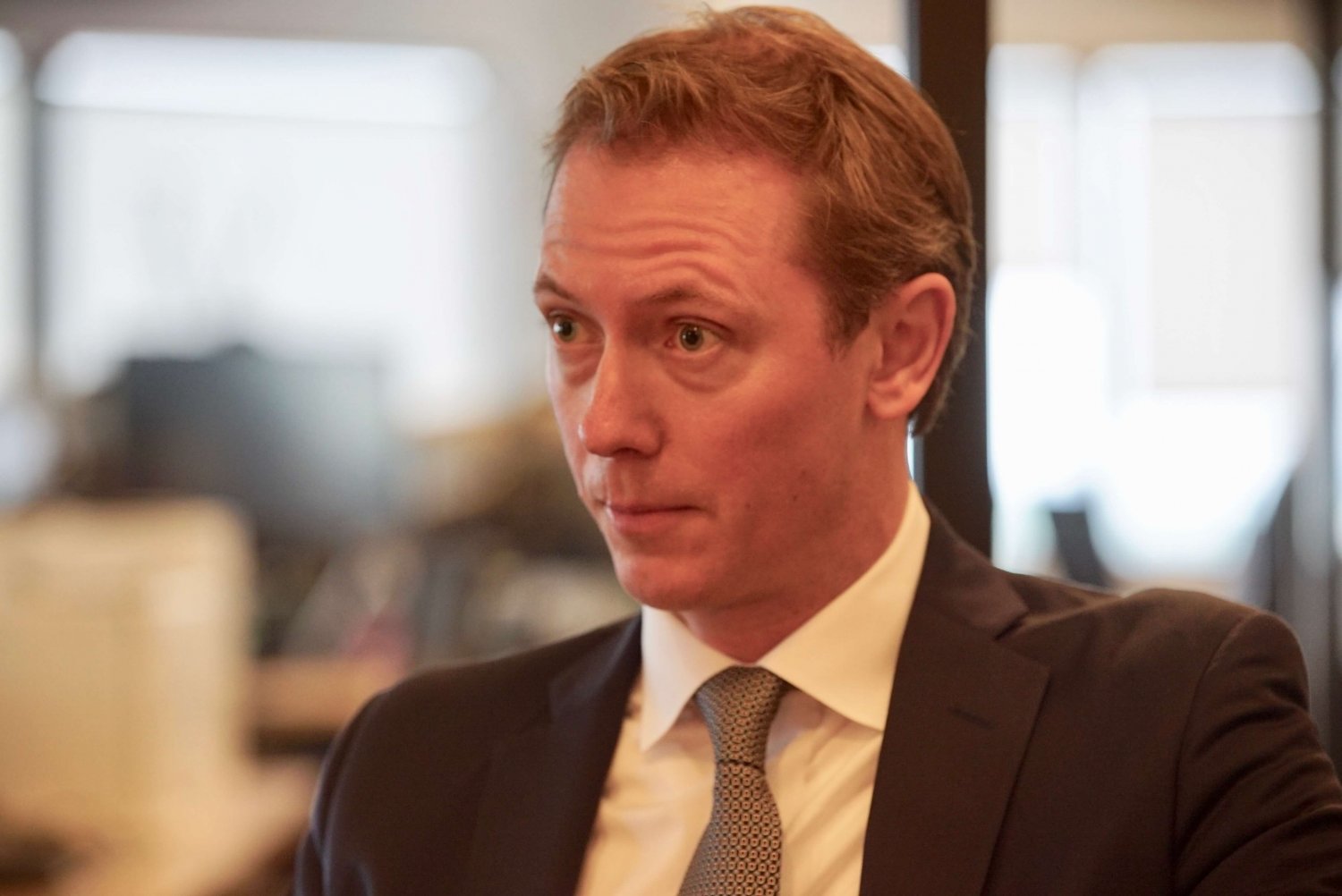 Karl Sprules, co-head of technology and operations for AB, has spent his first year in Nashville building out the team that ensures the firm’s business runs smoothly behind the scenes – areas like app development, internal servers and networks, and all the functions on the back end of client financial transactions.

“The talent pool – that was always the biggest question in my mind to rebuilding our organization here, which is a 50-year old organization with deeply imbedded process and subject matter expertise,”

He devotes a lot of time recruiting new employees.

Sprules’s technology team has been the bulk of AB’s early new hires  – primarily because the company needed to get its infrastructure in place for a seamless transition from New York. AB has established ties with the Nashville Software School, Nashville Technology Council and local universities to tap the local pipeline of tech talent.

“The talent pool – that was always the biggest question in my mind to rebuilding our organization here, which is a 50-year old organization with deeply imbedded process and subject matter expertise,” Sprules added. “Knowing we can find the people here to help us do that has been great.”

Yet AB is also hiring people in Nashville throughout its corporate units, according to Meg Harris, AB’s head of strategic initiatives.

“We’re hiring people really across all of our business units that we intended to move to Nashville, from internal audit to legal and compliance, human capital, technology, operations, finance,” she said. “We are really impressed with the talent that’s enabled us to move faster.”

“It’s really been at all levels of the firm, from entry-level campus hires up through really experienced talent from this market, and on occasion even from other markets,” Harris added. 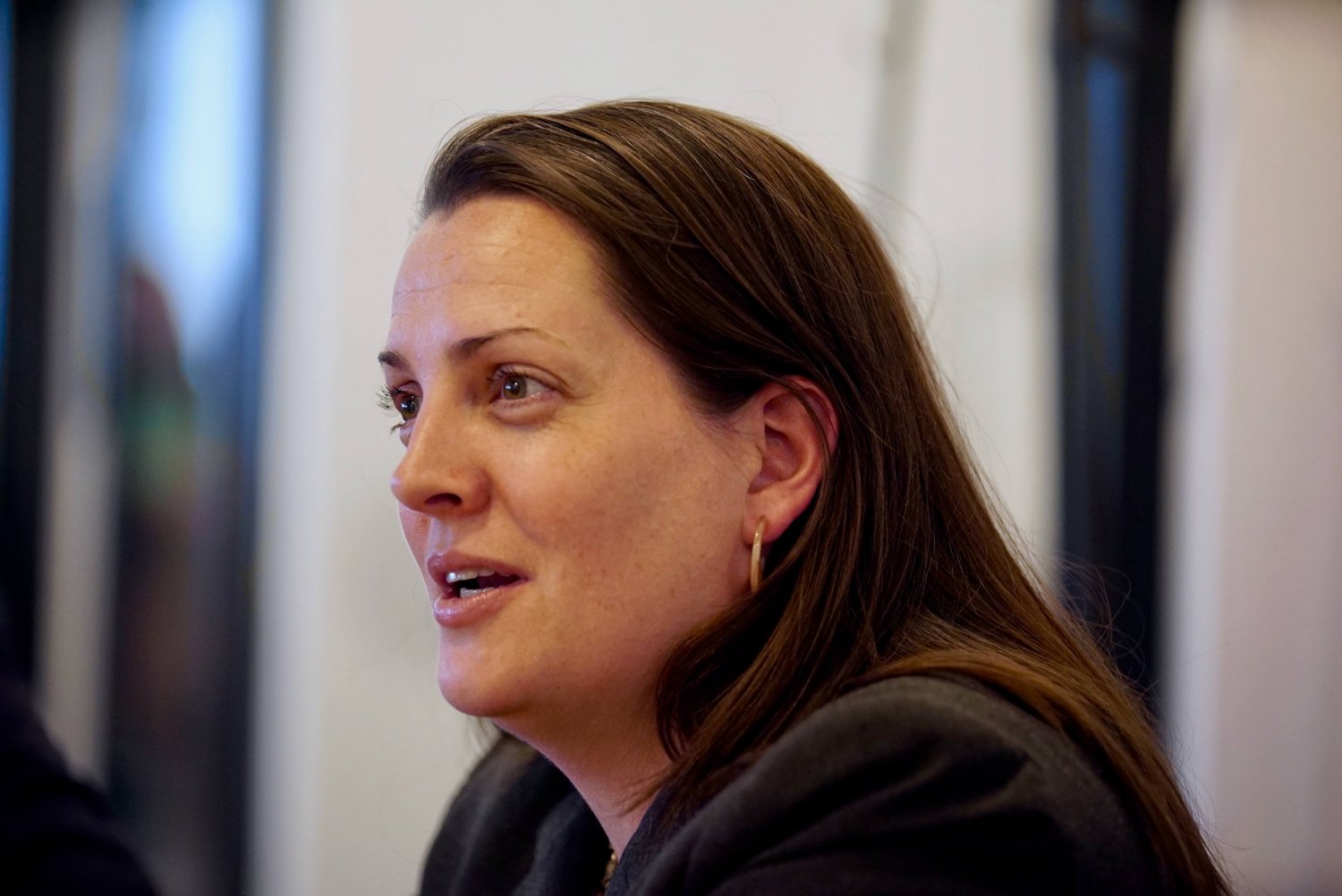 “I don’t think it was until we visited Nashville – and really from the moment when we got off the plane – that it became one of the very top contenders,” Gingrich said. “There are so many great cities across the country. It’s a real testament to Nashville that among all those cities that Nashville, at the end of the day, came out on top.”

“One of the things that stands out for me about Nashville: For a city of its size, it seems to have a disproportionate amount of resources.”

On a whole host of objective metrics, Middle Tennessee jumped off the page.

Gingrich pointed to “the talent pool that’s here, the large university resources that are here, the fact that you have a city and state that run a responsible, fiscally-sound government.”

Just as importantly, Nashville has “a diverse economy, a growing economy,” Gingrich said.

“One of the things that stands out for me about Nashville: For a city of its size, it seems to have a disproportionate amount of resources,” Sprules added. “Whether it’s the music industry and all the things that come with that, whether it’s dining or nightlife, or the professional sports franchises in town. For the folks that we are bringing down from New York, it’s pretty easy for them to identify with something in town. And that wasn’t true for all the other places that we looked at.”

But two other things really tipped the scales for Nashville. The welcoming spirit of its people and the foresight of Middle Tennessee leaders – both in the public and private sectors.

Gingrich said his team ultimately felt confident in what Middle Tennessee will be decades from now.

“It’s easy to say, ‘What is a city or state today?’ But [it’s harder to know] what’s it going to be in ten years’ time, or 20 years’ time,” he said. “To me, what is so unique about Tennessee and Nashville is the type of public-private partnerships that exist in a number of institutions, and the commitment of people on how do [we] make the state better? How do [we] make the city better?”

“Why is Nashville what it is today?” Gingrich asked, answering his own question. “It is because of what many very committed people have done over the last three or four decades to get the city into this position. It’s something that we as a city have to continue to nurture, but it’s something really promising about what the city can be in ten, or twenty or 30 years.” 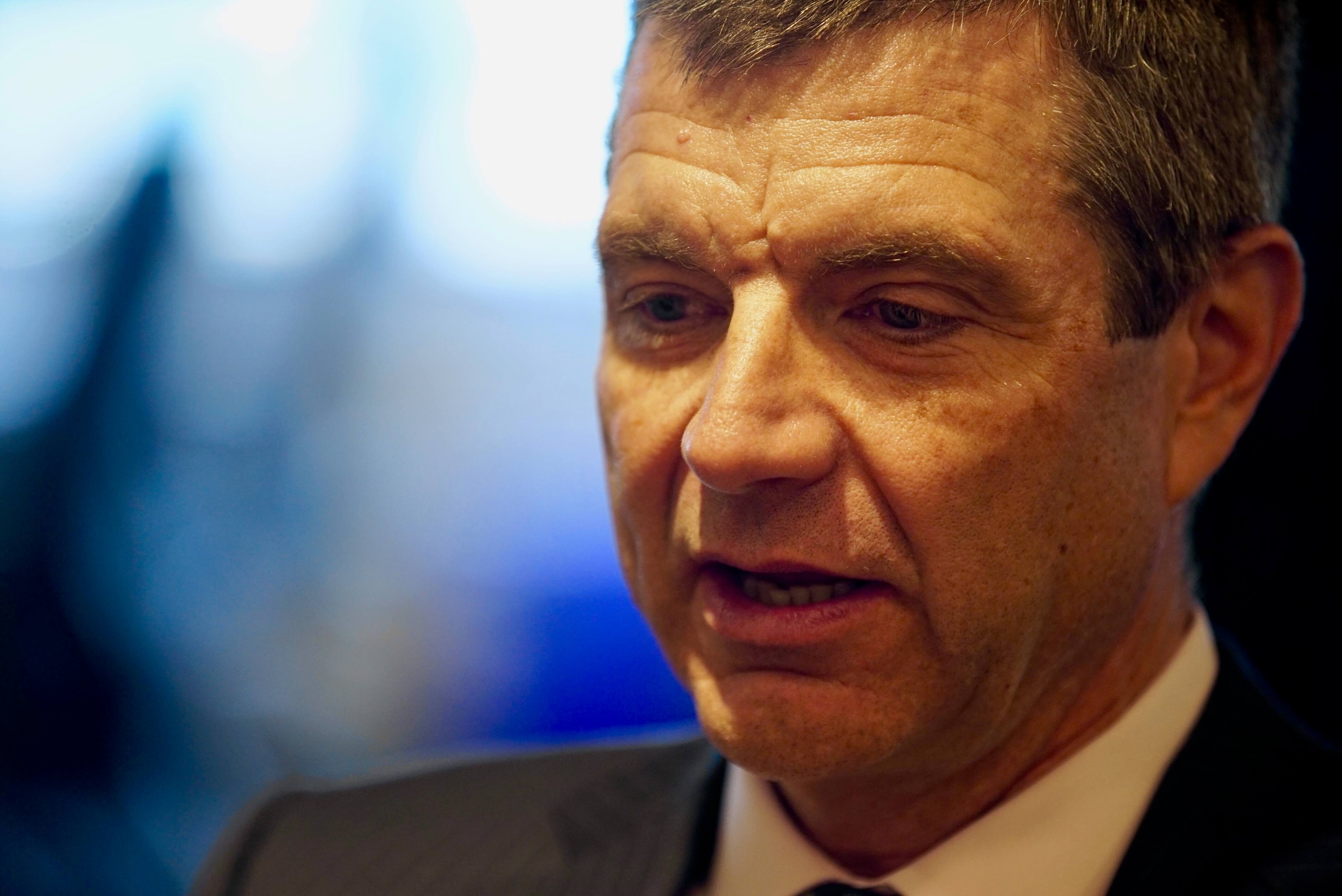 AB is already getting involved in the community. The firm has supported the Nashville Public Library Foundation’s youth summer reading program, sponsored a number of diversity and inclusion events as well as initiatives with Saddle Up and Second Harvest Food Bank.

“We want people who care about the community,” Gingrich said. “We encourage all of our people to get involved. One of the things that excited us about this city was the opportunity for our people to have time to do that.”

Harris said AB continues to meet with other organizations throughout the community as AB eyes future partnerships and sponsorships with non-profit groups.

“It’s such a privilege to be able to meet with so many non-profit leaders who do amazing work for the community and whose outcomes are really impressive,” Harris said. “We’ve been appreciative of how easily our culture has fit into Nashville.”

Gingrich and the team are enthusiastic about AB’s progress in Nashville. Future hiring will depend on whether AB continues to find high qualified candidates. For his part, Gingrich is optimistic, given the company’s ability to do so in the past year.

“We’re going to play it as it comes,” he said. “If we can continue to find the types of great people that we’re finding, I think we will continue to grow at the same pace we have been growing.”