Our vital signs have never been stronger.

As the healthcare industry evolves to meet the demands of a growing population, new technologies and the need for specialized training, Tennessee is fast establishing itself as the hub of healthcare managed operations.

In Middle Tennessee alone, the healthcare industry contributes an overall economic benefit of nearly $46.7 billion and more than 270,000 jobs to the local economy every year according to the Nashville Health Care Council. This includes companies that provide medical services, including those that treat patients, as well as, companies that manufacture medical devices, pharmaceuticals, and equipment.

And, that’s just one of Tennessee’s three geographic regions. Our entire state is a hub of the nation’s healthcare industry, with businesses ranging from medical device companies to pharmaceutical manufacturers, managed care and national insurance providers.

Since 2015, approximately 30 projects have been announced in the Healthcare and Life Sciences sector. These projects have created 7,000+ new jobs with investment of $550 million.

Tennessee ranks second in the nation in exports of medical equipment and supplies, with a total of $3.9 billion in 2019. Our state’s exports in the sector have grown by 49 percent since 2010. Tennessee’s largest export partners in this sector include Japan, Singapore, Belgium, the Netherlands and China, accounting for 58 percent of the sector’s exports.

Tennesseans employed by Healthcare and Life Sciences establishments in Tennessee, which includes companies involved in manufacturing or providing health-related services.

Exporter in the U.S. for medical equipment

Growth in employment since 2015

Tennessee is proud to promote

The company we keep 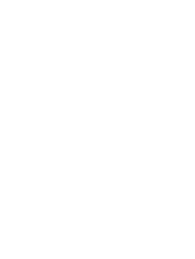