Project 95: A Vision Becomes a Reality in Hancock County 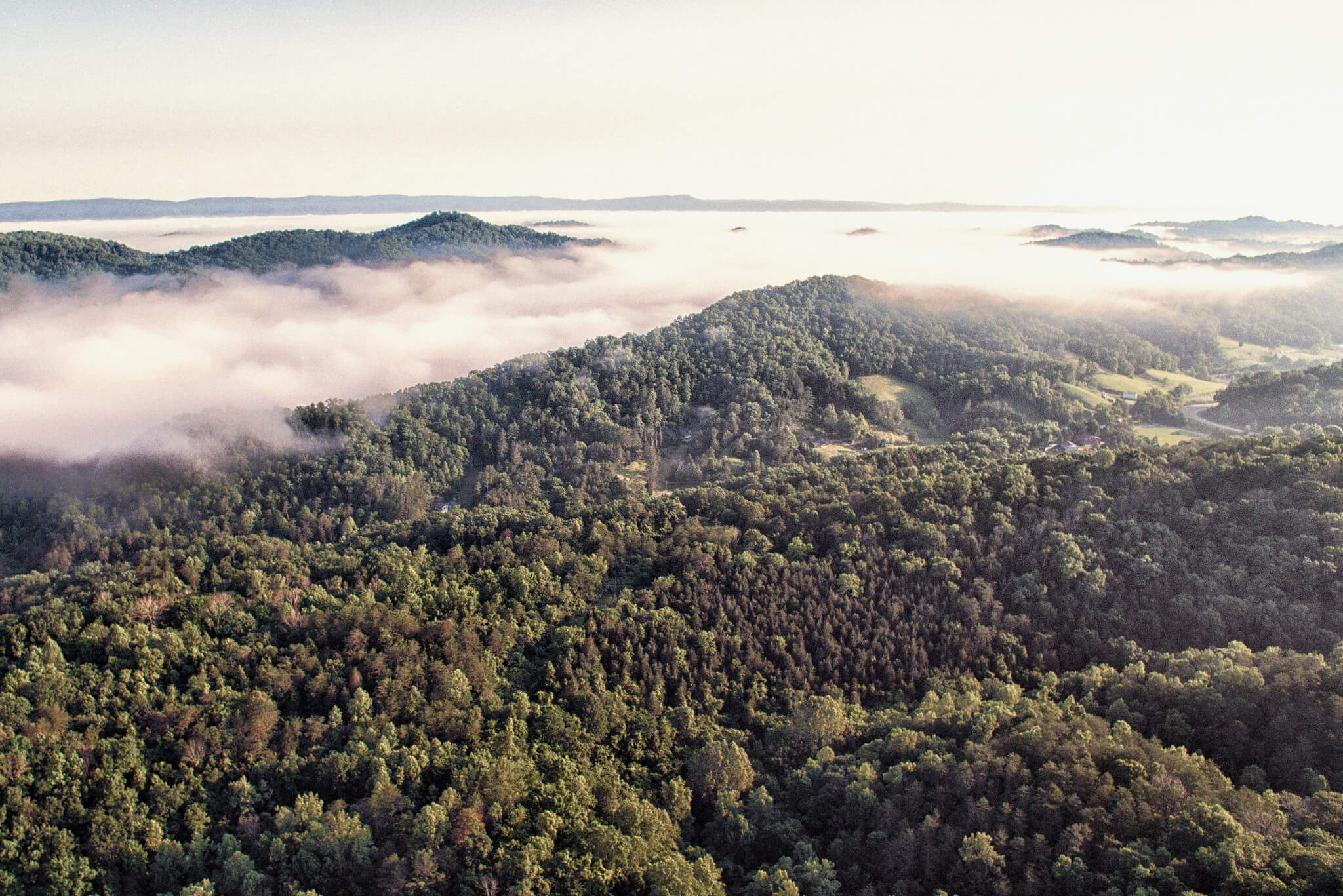 A few years ago, Tom Harrison was leaving a meeting with TNECD officials at the Tennessee Tower in Nashville.

While waiting in the lobby for the elevator, Hancock County’s mayor struck up a conversation with TNECD’s Deputy Commissioner Allen Borden.

“A call center wouldn’t be unheard of in your area,” Borden said.

That’s then when seed of Project 95 was planted.

Last month, Harrison stood at the podium outside Hancock County’s brand-new call center to celebrate the creation of more than 50 jobs in Sneedville – the culmination of a more than three-year effort to attract new jobs in Hancock County.

And Allied Dispatch Solutions, the Johnson City-based business that has established operations in Sneedville, is only just getting started. The roadside assistance company plans to eventually hire well over 100 Hancock County residents.

By offering dozens of reliable, quality jobs for the residents in and around Sneedville, Project 95 is coming to fruition, and in the process, it’s flipping the script in Hancock County. For a county with some of the state’s highest unemployment rates, highest poverty rates and lowest median household incomes, Allied Dispatch’s new call center promises to be transformational.

“A job and opportunities for our kids is something that we needed,” Harrison told the crowd assembled for Allied Dispatch’s grand opening in October. 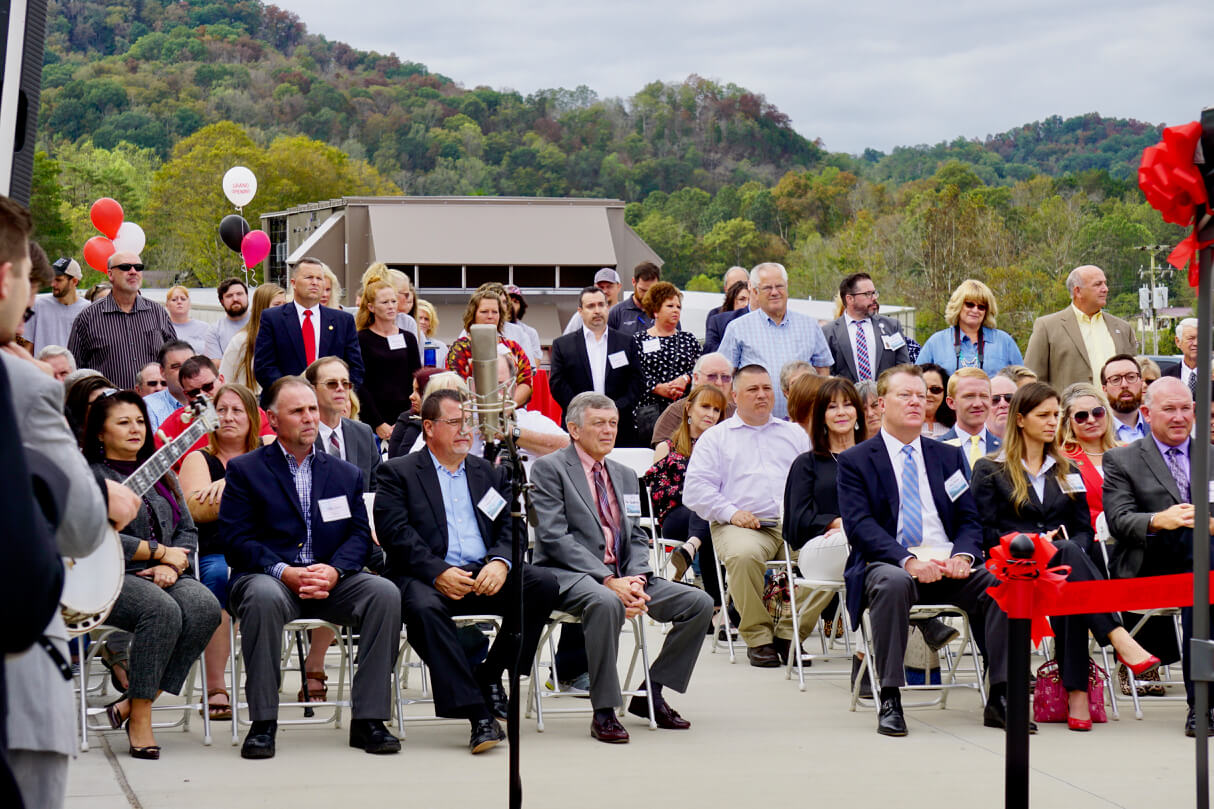 The Need for Local Job Opportunities

The roads into Sneedville wind through the mountains of Northeast Tennessee. Tucked near the Virginia border, Hancock County offers some of the most picturesque views in the state.

As it stands, only two existing manufacturers have a presence in Hancock County. For residents, this means a shortage of job opportunities close to home. Nine in ten residents have to commute out of the county for work, traveling over the mountain to neighboring cities like Bean Station, Morristown and Kingsport. 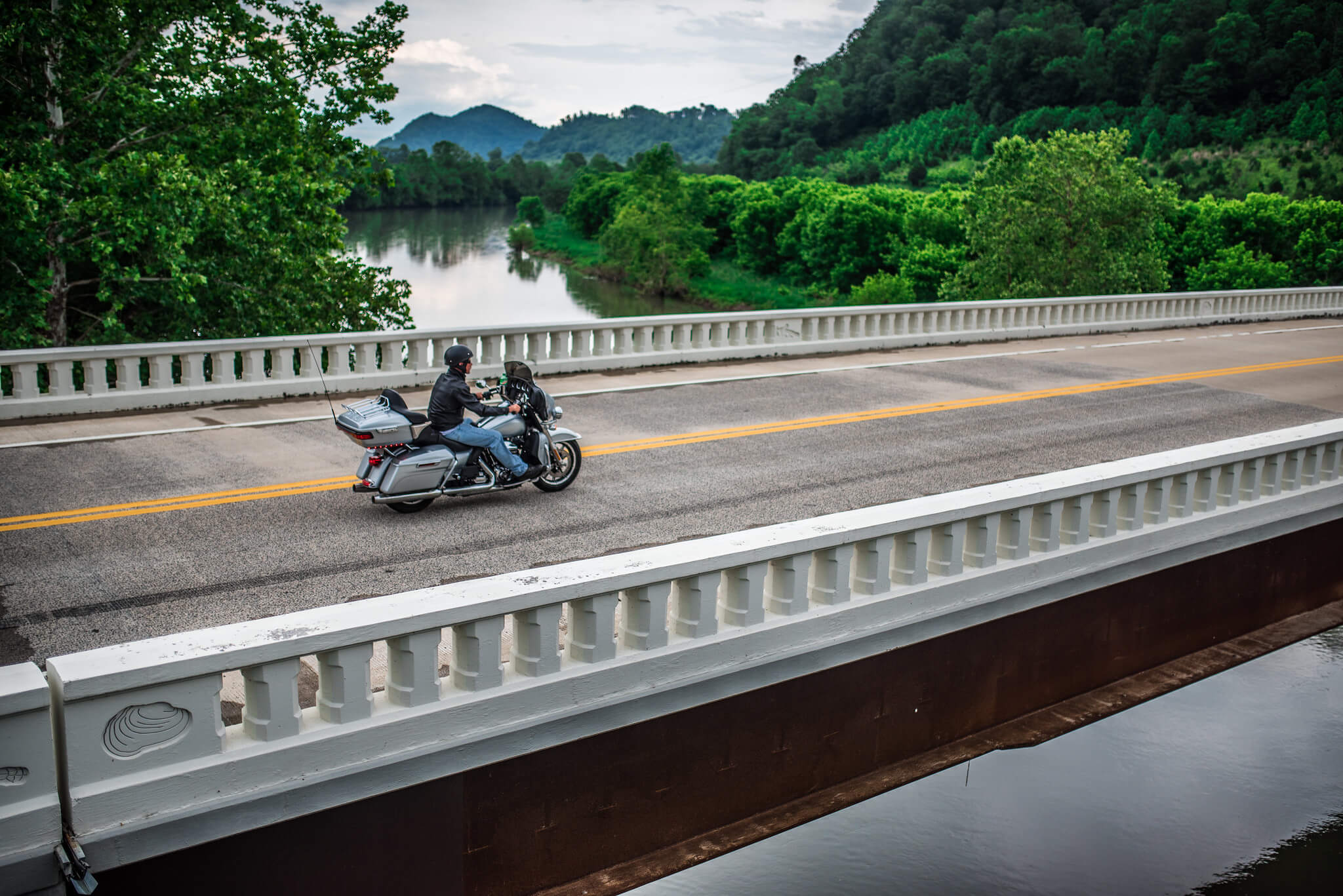 All this isn’t lost on Harrison, a native of the county. First and foremost, the mayor wanted to bring jobs to Hancock County.

A few months after his initial conversations with Borden about a call center, Harrison met with TNECD officials to outline his vision for a call center that would create jobs in Hancock County.

That’s when the wheels started turning on Project 95 – which brought together stakeholders from across state government, sourced funding from a variety of federal partners and aimed to bring all the resources of the public sector to bear on Hancock County.

The end goal was clear: attract an employer that would create hundreds of jobs in Hancock County, improve the quality of life for its residents and set the county on a sustainable economic footing.

Getting the Capital, Finding a Tenant

The first major hurdle was collecting the capital needed to build the facility.

TNECD combined funding from a variety of partners, starting with USDA Rural Development. Together with federal funding from the Appalachian Regional Commissioner and HUD’s Community Development Block Grants, TNECD was able to leverage other state rural development funding to round up more than $2 million in capital.

“What a difference this amount of capital at one time in Hancock County has made,” Harrison said.

With the capital for the building in place, TNECD set about recruiting a tenant in August 2017. Unlike traditional economic development deals – when a company filters out possible locations and then selects one community – Project 95 worked in reverse. 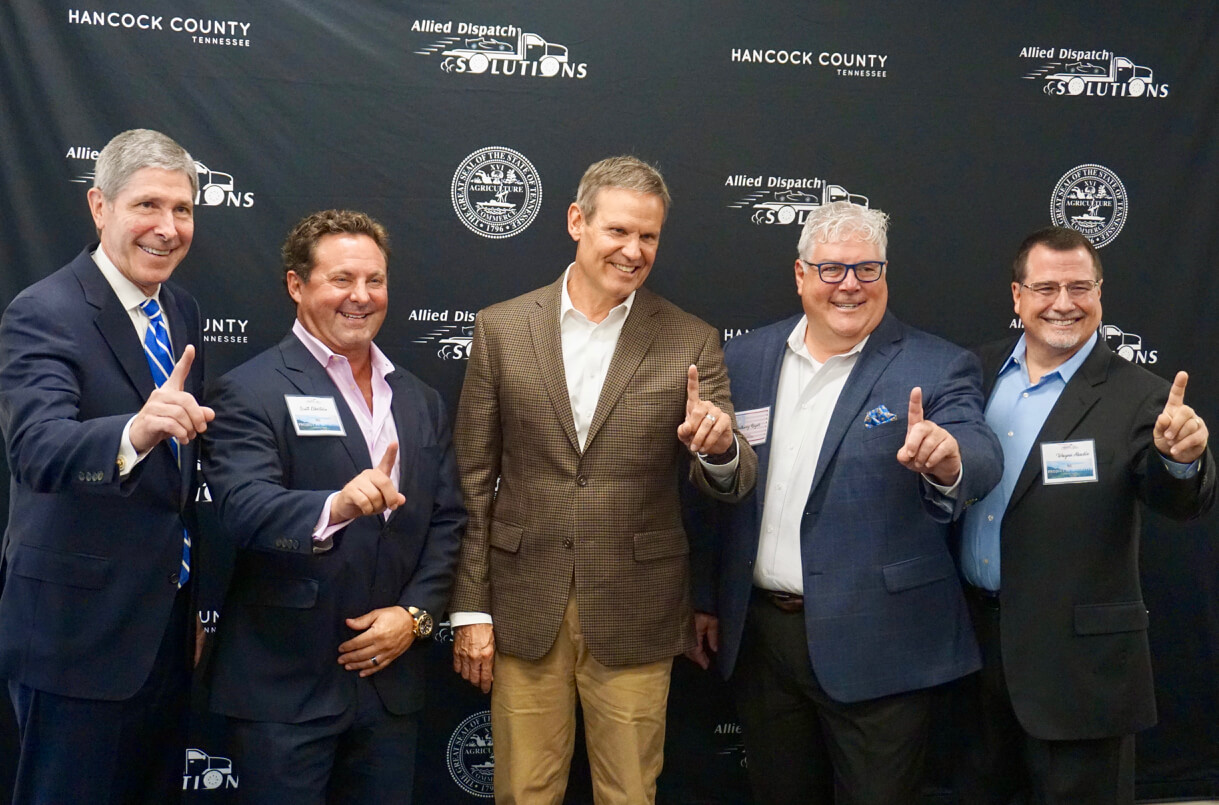 In February, TNECD announced Allied Dispatch would serve as the Project 95 tenant. From there, construction on the new call center building began.

The partnerships of these state agencies are offering tailored workforce development programs, literacy initiatives and other community development strategies to help support Hancock County and ensure the call center is a long-term success.

For Harrison, the combined support of state and federal partners was “nearly unheard of.”

Ultimately, Project 95 offers a path to the middle class for Hancock County residents, and Harrison is hopeful that all the hard work will pay off well into the future.

“Although this is a large shot of capital for Hancock County and great turn of events for our unemployment, and for our sales tax, and for lots of different positives for our county,” he said. “I think this is only the beginning.” 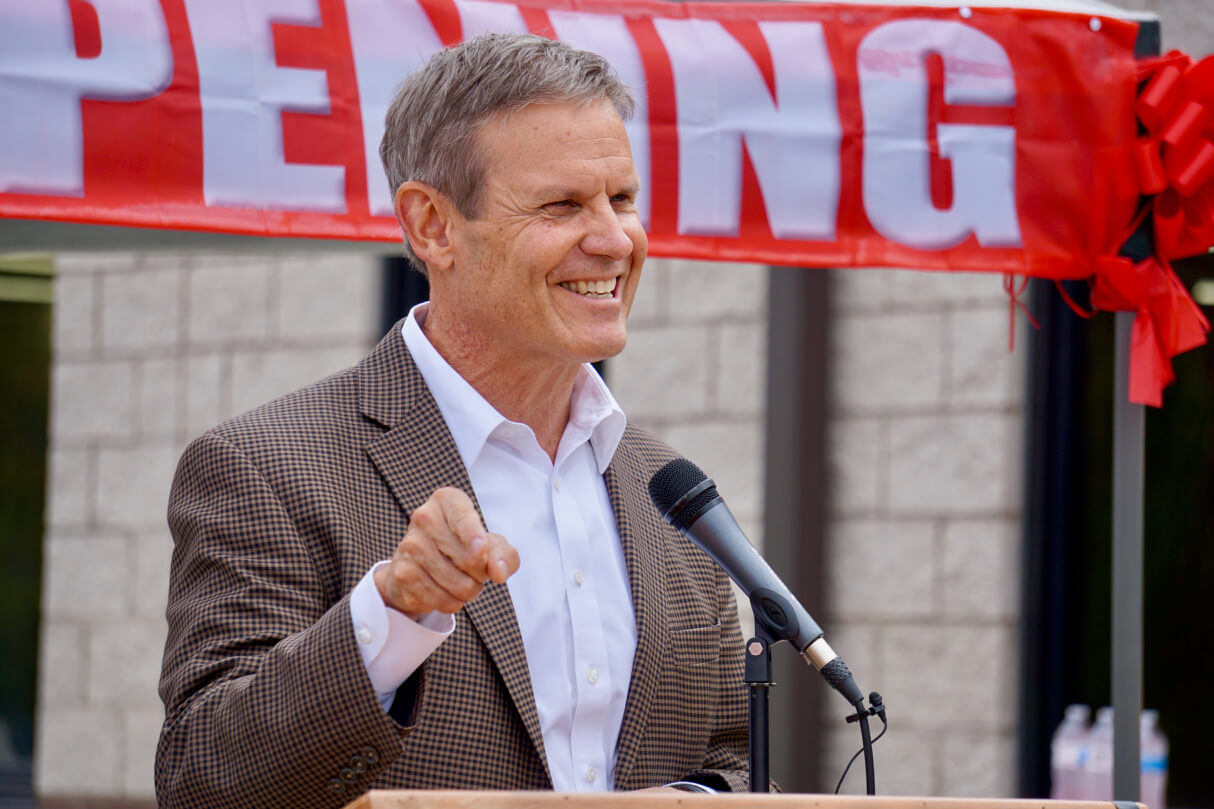