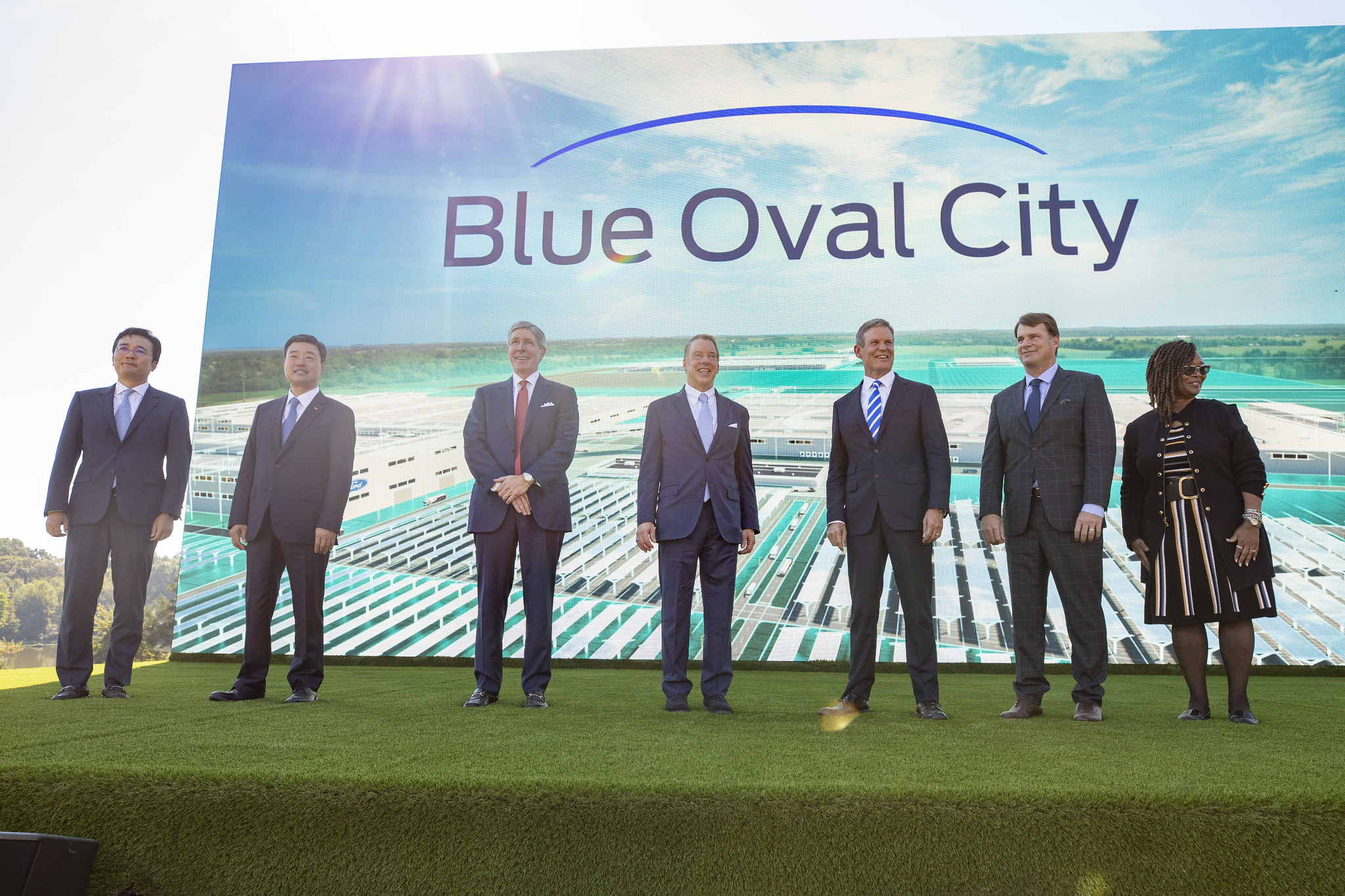 This has been a year we won’t soon forget. In 2021, Tennessee welcomed once-in-a-generation investments from major corporations like Oracle, Ford Motor Company, Thermo Fisher Scientific and Smith & Wesson.

And that’s not all. Tennessee’s record-breaking year caught nationwide attention. Business Facilities named Tennessee one of the three 2021 States of the Year, along with the title of Best Dealmaker State.

Here are the top three largest jobs announcements in each region this year:

In August, Oracle, the world’s leading database management company, officially announced a $1.2 billion investment to create a new, 60-acre office hub on the Cumberland River in Nashville. This project will bring 8,500 jobs to the area, along with a pedestrian bridge that will connect Oracle’s campus to Germantown. The investment will also fund new greenways and parks, roads and public utilities.

The Massachusetts-based company announced in September that it will establish a new manufacturing facility in Wilson County, creating over 1,400 jobs in Lebanon over the next several years. The new facility will manufacture single-use bioprocess containers used to produce biologics and vaccines.

Ultium Cells LLC, a joint venture of LG Energy Solution and General Motors, announced in April that it will invest more than $2.3 billion to build its second battery cell manufacturing plant in the United States. Located in Spring Hill, TN, the project will create 1,300 new manufacturing jobs in Maury County. Once operational, the plant will supply battery cells to GM’s Spring Hill assembly plant.

In September, TNECD announced that Ford Motor Company selected the Megasite of West Tennessee for one of the largest battery and vehicle manufacturing campuses in the U.S. Ford and SK Innovation will invest $5.6 billion to build a 3,500-acre mega campus called Blue Oval City. The production of next generation all-electric F-series trucks will begin in 2025. This project will create 5,800 new jobs in West Tennessee.

Hydro-Gear, a manufacturer of power equipment drive systems, announced in May that it will locate a new operation in Carroll County. Huntingdon is Hydro-Gear’s fourth U.S. location, and the company will invest $10 million and create 375 new jobs.

Helen of Troy Limited is a leading distributor of branded consumer products. In June, the company announced that it will establish new distribution operations in Fayette County, creating 350 jobs in Gallaway, TN. The new facility is being designed and built specifically to house the company’s Housewares segment operations, which includes both its OXO and Hydro Flask brands.

Smith & Wesson, the U.S.-based leader in firearms manufacturing and design, announced in September that it will relocate its headquarters and other major operations from Springfield, Massachusetts to Maryville, Tennessee. The project represents an investment of approximately $125 million and will create 750 new jobs. Smith & Wesson joins more than 20 small arms and ammunition manufacturers located in Tennessee.

NOVONIX announced in June that it will invest approximately $160 million to expand its Chattanooga manufacturing operations, creating 290 new jobs in Hamilton County. This expansion will address the need for a US-based lithium-ion battery supply chain and allow NOVONIX to produce the high purity and high consistency anode material required for long-life batteries.

Arconic, a leading provider of aluminum sheet, plate and extruded products, announced in August that it’s investing more than $100 million to expand in Blount County. The project brings 200 new jobs to its Alcoa facility, where it has operated for more than 100 years.