For Tennessee, the past week was unprecedented.

With Amazon, Nashville landed what is, from a jobs standpoint, the largest economic development project in Tennessee’s history. But while Amazon grabbed national headlines, Governor Bill Haslam and TNECD also announced another 780 jobs in Middle Tennessee this week.

And while Nashville was one of 20 finalists shortlisted for HQ2, most of Tennessee woke up Tuesday morning to news reports that Amazon had decided to split its HQ2 between two locations: one in New York City and another in Northern Virginia.

Little did they know, Amazon executives had already informed TNECD on Monday that retail tech giant had selected Nashville as the home of a new 5,000-job operations hub – which will house the tech and management functions for Amazon’s fulfillment, supply chain and logistics.

What does Amazon’s new office mean for Middle Tennessee?

“This a game changer for Tennessee,” Gov. Haslam said. “The ripple effect of Amazon’s decision to invest $230 million in our state and create 5,000 high-paying jobs in downtown Nashville will be felt for years to come.”

Amazon plans to create these jobs over a seven-year period. Once fully operational at 5,000 jobs, Amazon will boast a payroll in Davidson County of more than $750 million, with average annual salaries of more than $150,000, or three times Tennessee’s median household income.

“This is the most significant economic development announcement for Governor Haslam,” TNECD Commissioner Bob Rolfe said. “This is a blue ribbon for our city and our state. When you look at the quality of the jobs, these are jobs of the future. This is the opportunity for Tennessee to raise our game when it comes to IT-related jobs, especially with a global brand like Amazon.”

“Nashville just really impressed us in the HQ2 process,” Amazon Senior Vice President Jay Carney told news outlets. “It’s a city pointing toward the future. It made itself very appealing for investment. It’s a place where, if people don’t already live there, they are excited about moving there.” 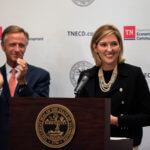 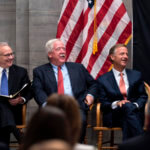 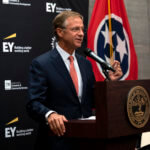 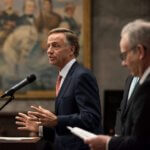 Amazon is not the only global brand making a considerable investment in Middle Tennessee. Over the past year plus, major global businesses have lined up to invest and create jobs in Nashville: Philips, AllianceBernstein, Warner Music, to name a few.

Shortly after Amazon revealed its plans for Nashville, global professional services giant Ernst & Young announced it will invest $22.7 million and establish a 600-job tech hub on Music Row in Nashville. EY officials joined Governor Haslam at the Capitol for the announcement.