You don’t have to have a green thumb to know that plants thrive on a few key elements: sunlight, warm temperatures and water. Needless to say, creating the ideal environment for plants and flowers to grow in winter months can be somewhat of a challenge. So how do horticulturists cultivate the beautiful flowers and foliage that are found in Valentine’s Day bouquets?

“We’re always experimenting,” says Robin Yeary, horticulturist and co-owner of Sevier Blumen, a small, family farm nestled in the foothills of the Smoky Mountains. “To have actual production during the winter, we’ve been utilizing high tunnels, which are basically like greenhouses, but they’re passively heated.”

Yeary explains that for something to technically be considered a greenhouse, it has to have a heat source in it. High tunnels, on the other hand, rely on the greenhouse effect and proper ventilation to collect heat during the day and then seal in the heat so that it is contained through the night.

“We utilize high tunnels for some of our foliage and heartier things because it also allows us to have earlier production. Instead of seeing things grow in April or May, you’re looking at March or April instead. In the greenhouse, since it’s heated, we do force bulb crops as well as some of the more cool-loving flowers that can grow at lower temperatures, but just don’t like to freeze.” 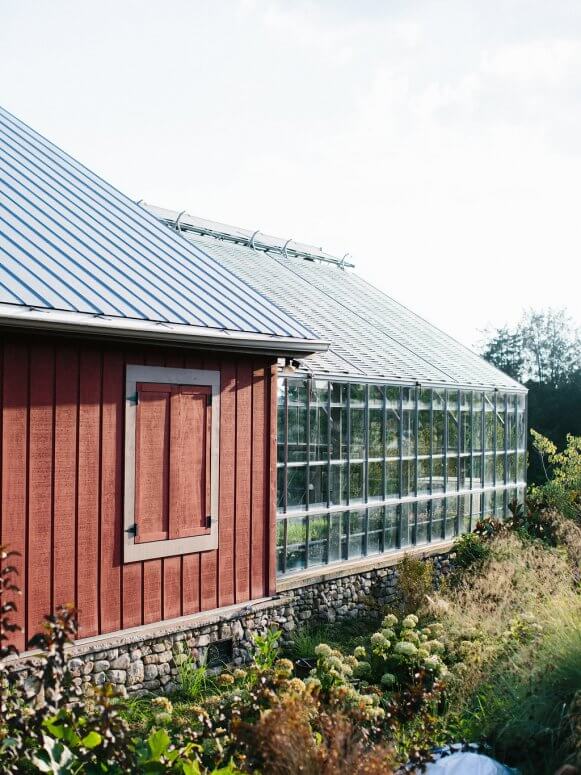 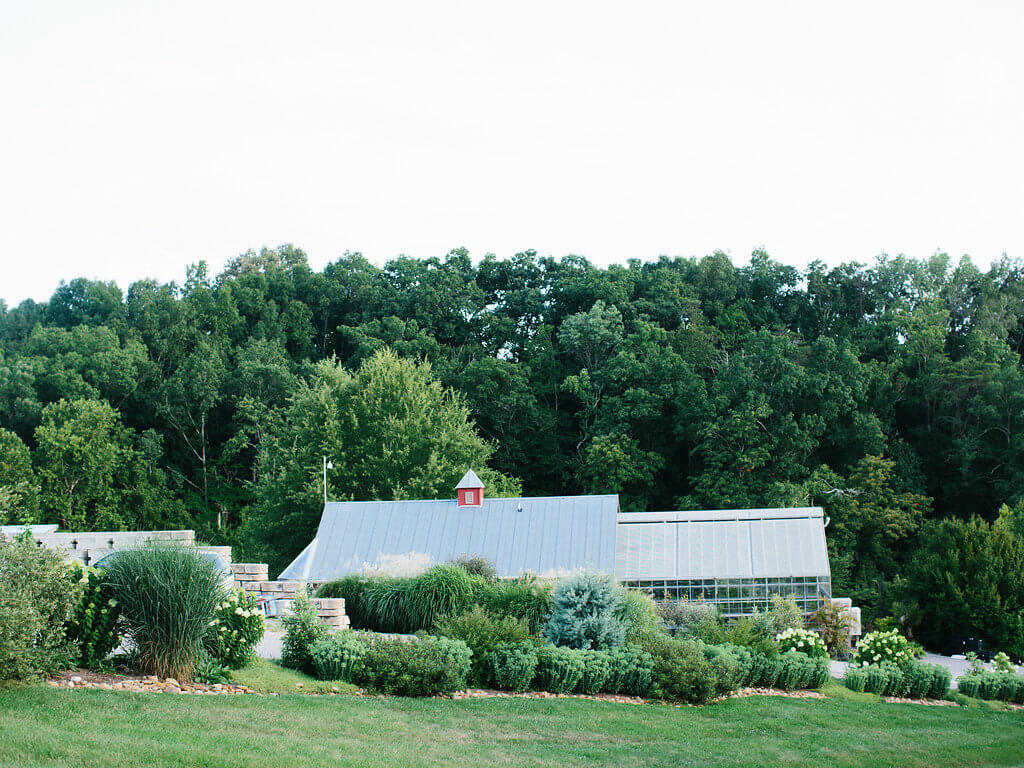 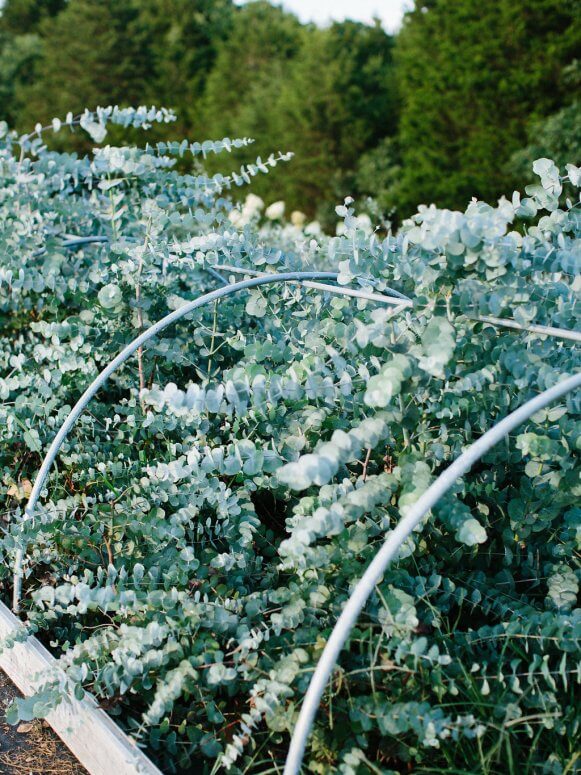 What does it mean to do a force a bulb? In short, it simply means that you trick the plant or bulb in thinking it has gone through its natural cycle. You begin by preparing a bulb for its dormant or rooting period by placing it in a cooler, creating an environment similar to winter months. Different bulbs require different temperatures and humidity levels and can range anywhere from four weeks to upwards of 15 weeks of storage in the cooler. Once they have completed their time in the cooler, the bulbs are then moved to the greenhouse where the temperatures make them think its spring.

Not only do plants require the appropriate temperature conditions when forcing a crop, they also need adequate light that mimics the season. Yeary says that in order for some things to grow through the winter, he needs to add light to extend the photoperiod during the day, so that the plants think it’s actually spring when the daylight hours are extended. Plants that normally take two weeks for flowers to mature outside during the spring might take three to four weeks inside during the winter because of cold, dreary days. 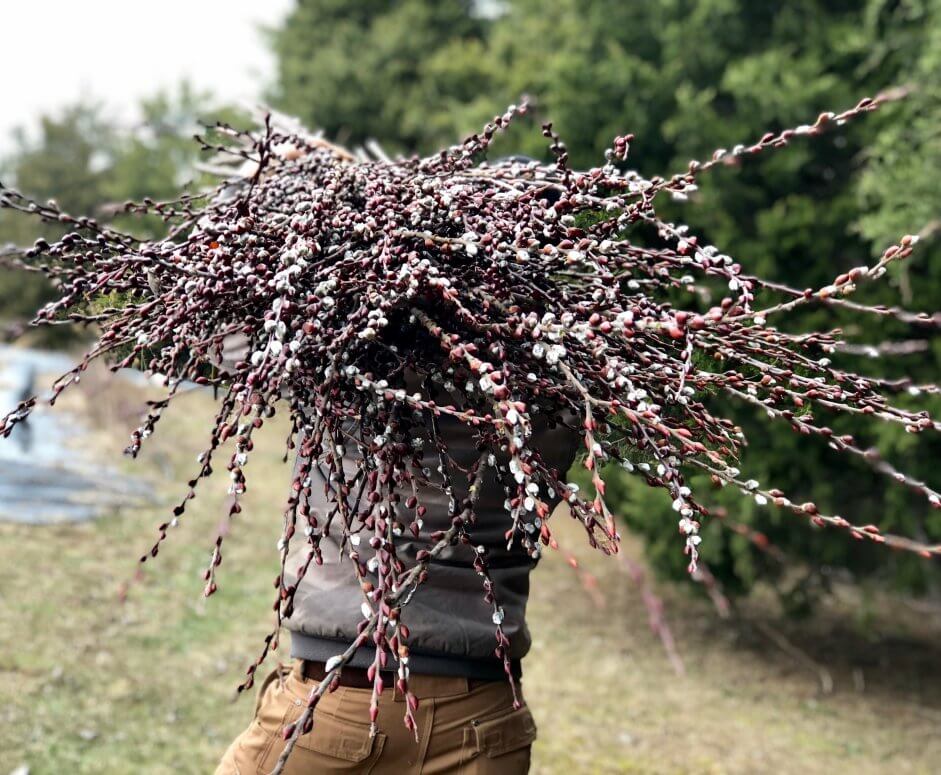 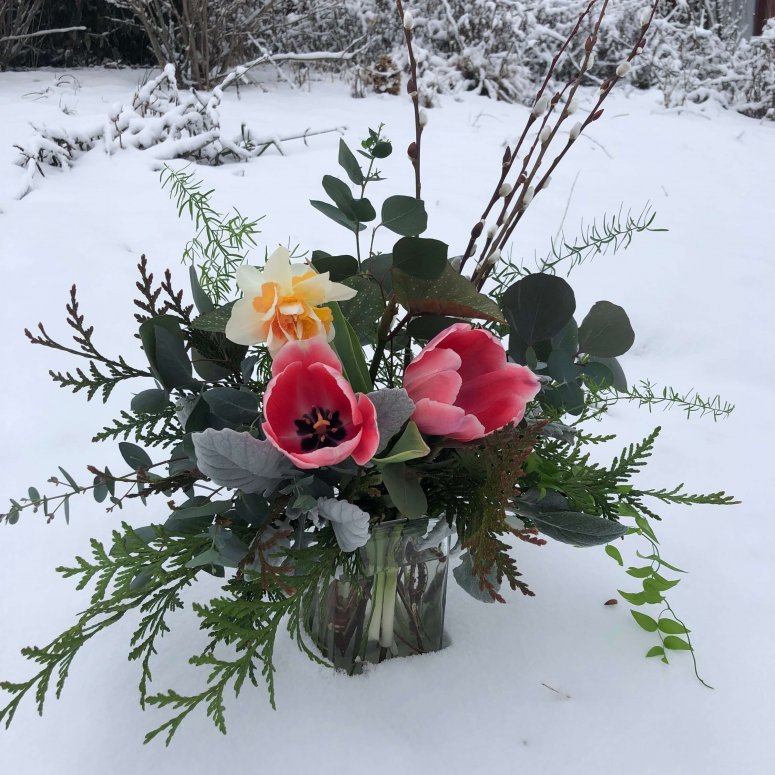 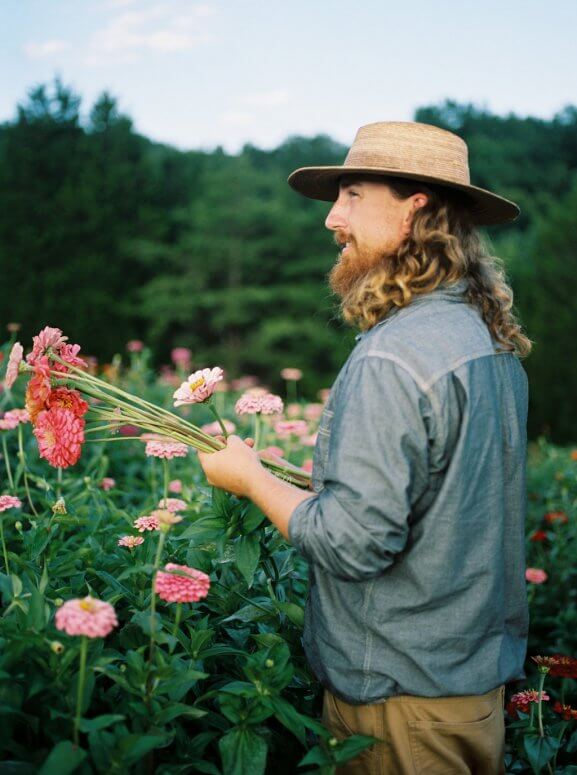 Tulips, calla lilies, Stars of Bethlehem, stock and Ornithogalum are all varieties that are currently being grown at Sevier Blumen. Yeary is also experimenting with a program that started in the Netherlands that produces double daffodils and paperwhites with multiple blooms per stem compared to the usual daffodil.

In addition to flowers, Yeary incorporates a variety of foliage into mixed arrangements, especially in the winter months. “I like to use cedars, arborvitae, cypress, other evergreens, lots of different kinds of willows. We’ve done really well with eucalyptus year-round and up until late January, we were still cutting eucalyptus grown outside.”

Sevier Blumen supplies to the majority of florists in the Knoxville and Sevierville areas. You can also purchase their flowers, bouquets and plants at local farmers markets.

Learn more about Sevier Blumen at sevierblumen.com and be sure to check out their Facebook and Instagram pages to stay up-to-date on where you can buy their products.