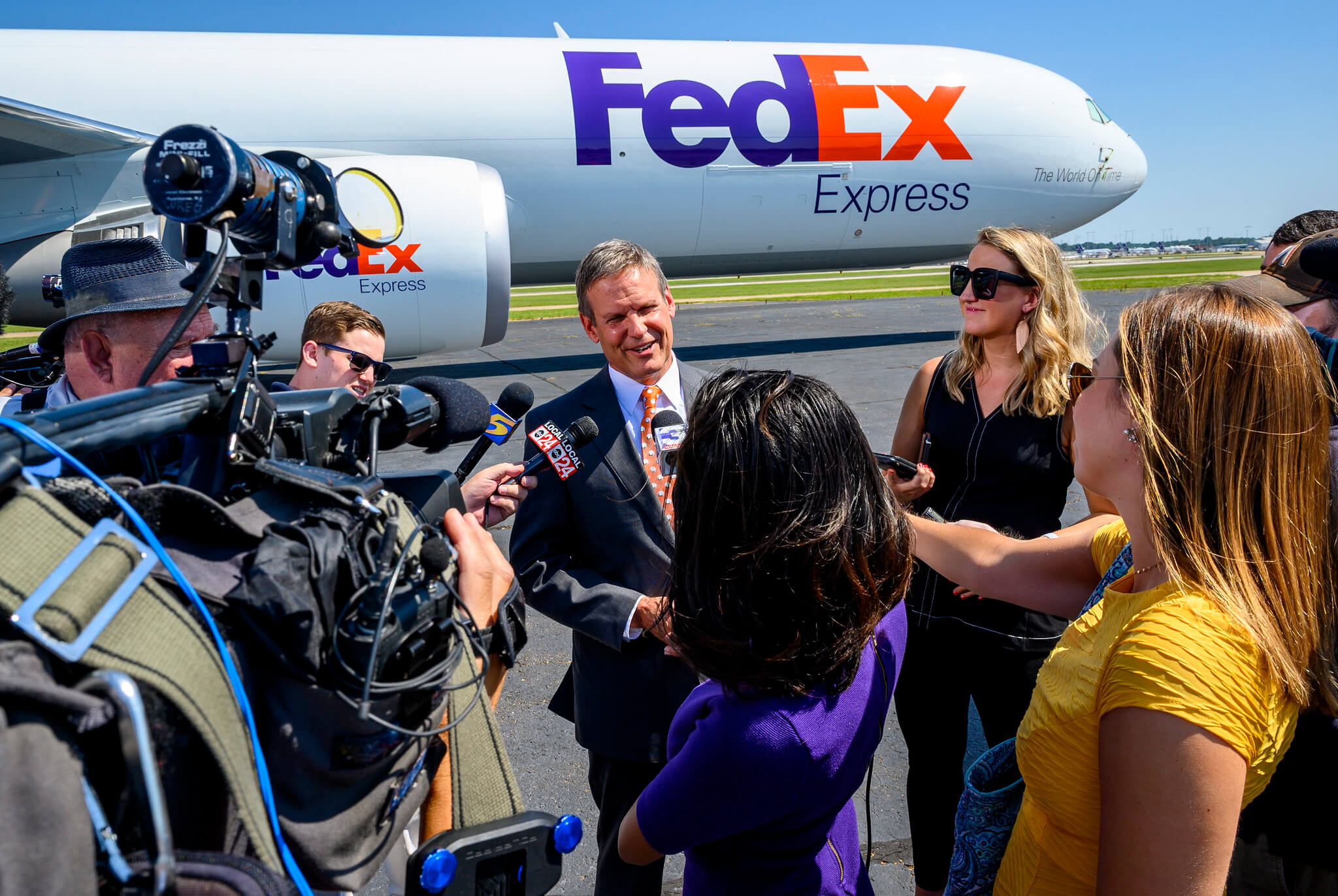 Governor Lee speaks at the FedEx event in Memphis

Another year is in the books, and it was another strong one for Tennessee’s economy and economic development efforts.

In 2019, Tennessee welcomed the corporate headquarters for several notable international brands, including ICEE and Mitsubishi. Well-established companies like FedEx Corp. and its subsidiary, FedEx Logistics, moved forward with significant investments in Memphis. All the while, several manufacturers, health care companies and tech firms continued to invest and create jobs in Tennessee.

Statewide, TNECD recruited nearly $3.2 billion in private investment from business expansions or new operations this year. The companies investing in Tennessee will create approximately 14,000 jobs across the state.

As Tennessee’s unemployment rate continues to sit near record lows, TNECD has focused on attracting jobs to rural Tennessee communities and recruiting high-quality jobs. In both cases, TNECD hit the mark this year. Nearly 50 percent of the jobs TNECD has supported in 2019 have been in rural Tennessee. More than 90 percent of the job commitments will pay salaries above the county median income where the company operates.

All told, the results are clear: TNECD continues to attract high-quality job opportunities for Tennesseans.

SmileDirectClub, Volkswagen and FedEx Logistics headlined the largest economic projects of the year. We’ve pulled the largest announcements in each Grand Division in 2019. Be sure to check out the top projects for each region in the links below.

Meanwhile in Middle Tennessee, more than 30 companies together invested over $600 million and committed to create approximately 5,500 jobs.

And finally, more than 40 businesses invested a total of $1.2 billion in West Tennessee, where they will create 4,500 jobs.