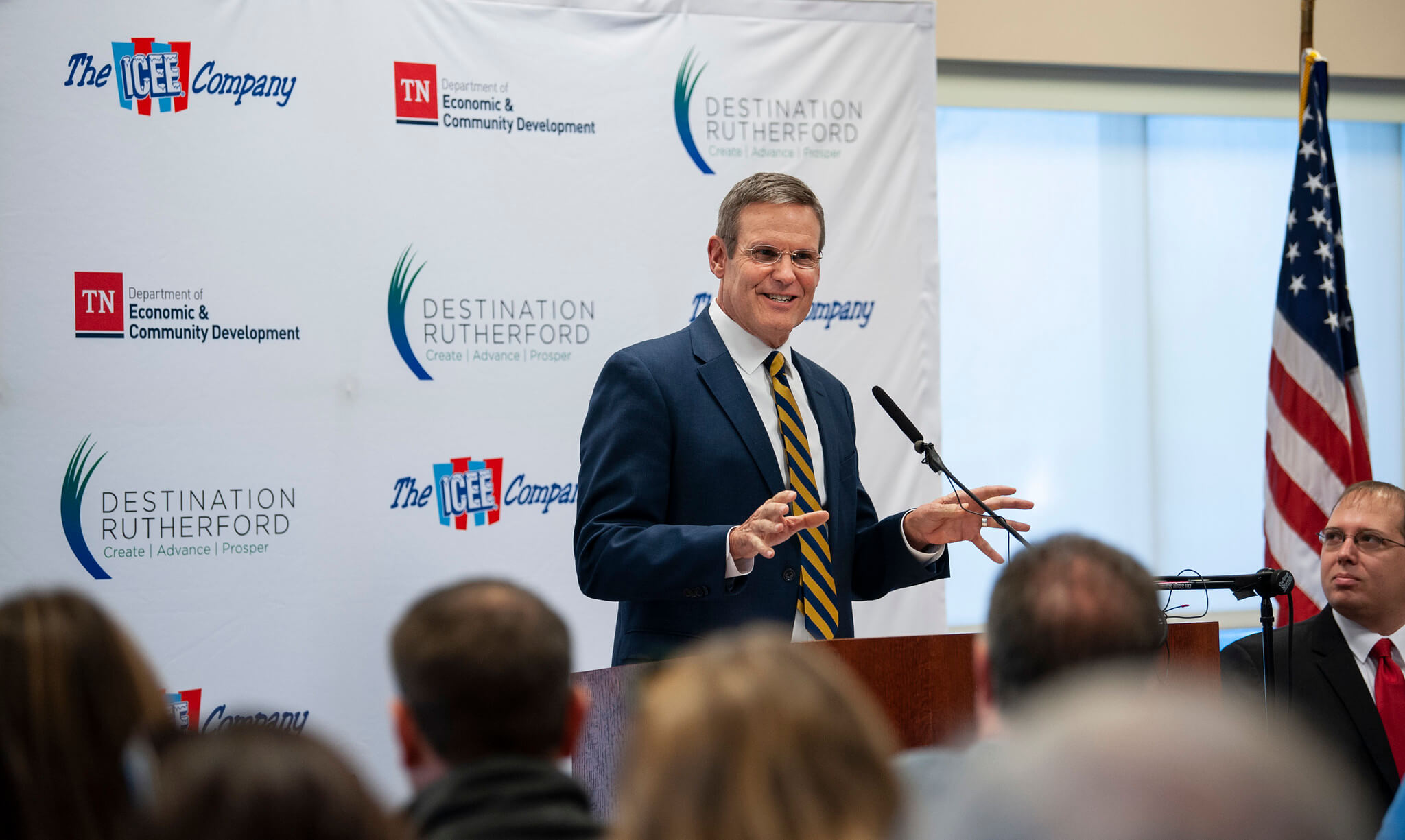 Yet Tennessee’s momentum has continued this calendar year.

“The quality of life for our team members, along with Nashville’s accessibility, made this an easy decision.”

The recent string of string of announcements sends a clear message: Tennessee is an attractive place for international companies to call home, and the Volunteer State has the skilled labor force to meet the needs of a diverse and growing pool of businesses.

We’ve recently documented Amazon’s decision to make a substantial investment in downtown Nashville, as well as the faster-than-anticipated growth of AB’s corporate headquarters. But step back and you’ll find that these two projects are part of a larger tide of headquarters growth in Tennessee.

Since 2013, headquarters jobs have grown by nearly 40 percent in Tennessee – the fastest growth among states in the Southeast. Those gains have occurred across the board – whether its finance companies like AB or UBS, auto and tire businesses such as Bridgestone, logistics giants like FedEx, healthcare companies like SmileDirectClub, or businesses in the food and beverage industry such as ICEE.

For Tennessee’s economy, the impact of these projects is widespread. For starters, in each case, the company is putting its roots down in Tennessee. Its leadership is making decisions locally and has a stake in the community’s success.

But most importantly, corporate headquarters bring high quality jobs with salaries that are considerably higher than the state’s average. Higher earnings in the pockets of Tennesseans generates a host of consumer spending, spurring all types of activity in the housing market, at local retailers and restaurants, and in other corners of the economy.

Here’s a look at the tale of the tape in the first six months under Governor Lee.

Existing Businesses Line Up Major Expansions at HQs
Tennessee’s location in the heart of the U.S. makes it a hub for leading distribution and logistics companies. So, it should come as no surprise that three of Tennessee’s largest headquarters projects in 2019 feature major investments by logistics companies. Taken together, these three projects total 1,525 new jobs.

In February, FedEx Logistics, a subsidiary of FedEx Corporation, announced it would move its headquarters to downtown Memphis as it consolidates its operations across Shelby County into a single office.

The company is investing $44 million to transform the former Gibson Guitar Factor into its new headquarters – where FedEx logistics will create nearly 700 jobs. Richard Smith, president and CEO of FedEx Logistics, says the new location will help the company “continue to attract top talent for the future.”

On the south side of Memphis, another logistics firm is undertaking its own major headquarters expansion.

Just a few weeks after FedEx announced its project, JNJ Express unveiled plans to redevelop a long vacant retail site in Southeast Memphis and turn the site into its new corporate campus. JNJ Express will invest $83.6 million and create 610 new jobs as part of the expansion.

Meanwhile, in Nashville, Western Express, Inc. is moving forward with an $88 million expansion to its headquarters. The transportation firm plans to create 225 headquarters jobs over the next five years.

Joining these expanding logistics firms is health care tech company SmileDirectClub. Since SmileDirectClub first moved its offices to Nashville in 2016, the company has undergone astounding growth, boosting its headcount to more than 1,600 people in the region.

In March, the company announced a $217 million investment to expand its headquarters and facilities in Middle Tennessee. SmileDirectClub has pioneered a platform for doctor-directed, remote invisible teeth aligners.

SmileDirectClub plans to create another 2,000 jobs in Middle Tennessee over the next five years – a growth path that would make it one of the region’s largest private employers.


“We ultimately chose Tennessee as our new home because it allows us to focus our efforts on our company-wide reinvention and take advantage of the area’s vibrant technology skillset, all while realizing cost savings through Tennessee’s business-friendly work environment.”

Alongside these expansion by existing Tennessee businesses, TNECD has recruited six new corporate headquarters to the state this year. Five of the six companies are California transplants. In total, the six projects account for approximately 1,000 new jobs in Tennessee.

The ICEE Company, maker of the iconic frozen ICEE, is also bringing its corporate headquarters from California. The company is investing $10.3 million and bringing 200 headquarters jobs to La Vergne.

“If you took Middle Tennessee and then took a 1,000-mile radius, 75 percent of our customers are within that 1,000-mile radius. We think this is a great spot for us,” ICEE CEO Dan Fachner said. “What we love about this area, and why we wanted to bring our headquarters here is it’s such a business-friendly spot.”

Executives with Harrow Health, a publicly traded pharmaceutical company, echoed this last point. The company announced in June that it would bring its headquarters to Nashville from San Diego. Harrow Health Founder and CEO Mark Baum called Tennessee’s business climate “second to none.” Harrow Health plans to create approximately 30 jobs as it establishes its headquarters in Tennessee.

Meanwhile, Medacta USA, an orthopedic and medical device maker cited Middle Tennessee’s status as an international hub for health care as primary reason for moving its headquarters from Chicago to Franklin.

“The Greater Nashville area combines a deep talent pool in the health care and tech space with close proximity to some of the world’s best orthopedic researchers and practitioners at leading medical institutions,” Matthew Goudy, Medacta USA’s general manager, said. “The quality of life for our team members, along with Nashville’s accessibility, made this an easy decision.”

In June, Pilot.com – a software-based bookkeeping company that caters to small businesses and entrepreneurs – announced it would establish its new account management headquarters in Nashville and create 450 jobs.

Jessica McKellar, founder of the San Francisco-based Pilot.com, said that “Nashville was always at the top of our list of candidate locations for a second office. The city has great schools, attracts incredible, diverse talent, and is making smart investments to support its burgeoning startup scene.”

“We ultimately chose Tennessee as our new home because it allows us to focus our efforts on our company-wide reinvention and take advantage of the area’s vibrant technology skillset, all while realizing cost savings through Tennessee’s business-friendly work environment.” Fred Diaz – Mitsubishi Motors CEO